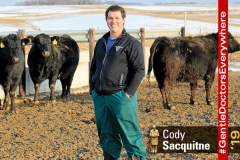 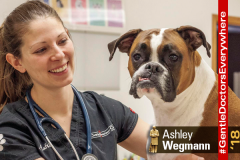 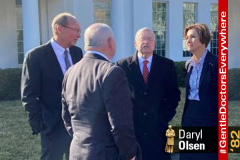 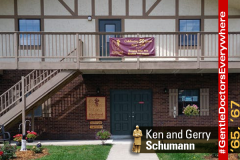 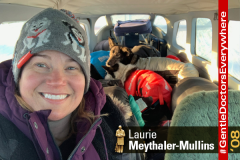 END_OF_DOCUMENT_TOKEN_TO_BE_REPLACED

Dr. Grant Jacobson has an independent streak about him.

So it was natural when he started his own independent veterinary practice in Marshalltown, Iowa, that the 1997 DVM graduate would gravitate to a new veterinary professional organization that celebrates independence. Jacobson is a member of the inaugural Board of Directors of the new Independent Veterinary Practitioners Association. The IVPA is so new, it was established less than two years ago, that when Jacobson became a board member he didn't know the length of his term of office.

“The IVPA has now established a term of office of two years,” he said. “The inaugural board recognizes that goal may take some time to achieve as everyone comes onboard and a rotation of terms can be reached.

"IVPA is still getting started but I believe in its basic idea of supporting independent veterinary practitioners.”

Jacobson is also in the start-up mode. The practice he worked for, for 19 years was sold to a corporate group. He declined an option of staying with the clinic and ventured out on his own. He opened his practice, The Hometown Veterinarian, last October.

“This is a true start-up practice,” Jacobson said. “When I graduated I knew I wanted one day to own my own practice. It just took a different route than I had originally expected.” When designing his clinic, Jacobson worked to feature the latest in technology and serve as a one-stop shop for pet care. When the clinic’s doors opened, Jacobson didn’t know what to expect. “We had a whole lot of past client loyalty,” he said. “The vast majority of our clients are people who sought me out for one reasons or another. “I think starting a practice like this is a lot easier in a town like Marshalltown. I’ve lived here for a while and I’m familiar with the area.” With a new independent veterinary practice, Jacobson likes what the IVPA offers. He says approximately 80 percent of the veterinary clinics in the country are small, independent offices.

But with that independence, comes challenges – lots of them.

Like other independent owners, Jacobson has to not only treat patients, but focus on the business end of the equation. That includes buying and maintaining equipment and getting the best price possible for vaccines and other medications.

All of which are reasons why he is active with the IVPA.

“Before the IVPA you could see what was happening to independent veterinarians but there wasn’t much you could do about it,” Jacobson said. “Now we have this organization that is promoting independent practitioners.

“We need to look at future generations to let them know that ownership is possible. Right now it’s just not part of many students’ thought process.”