Nolan was one of three recipients of the award presented for service to the college and the veterinary profession during the University of Georgia’s 53rd Annual Veterinary Conference and Alumni Weekend in mid-March.

An award-winning researcher in the area of E. coli-caused diseases of animals and people, Nolan has given numerous invited presentations, authored refereed journal articles and book chapters and garnered millions of dollars in research funds. As a teacher and academic adviser, she was named Distinguished Educator of the Year in 2001 by North Dakota State University's Blue Key National Honor Society. She received numerous accolades during her time on faculty at NDSU and, in 1999, founded the university's Great Plains Institute of Food Safety.

A member of the American Veterinary Medical Association, American Association of Avian Pathologists, American Society for Microbiology and International Society of Plasmid Biologym, Nolan was also recently elected to Fellowship in the American Academy of Microbiology. She serves on the editorial review board of Avian Diseases and as associate editor of Diseases of Poultry.

Nolan earned her Doctor of Veterinary Medicine from the University of Georgia in 1988. She also has master’s and doctoral degrees in medical microbiology from Georgia. 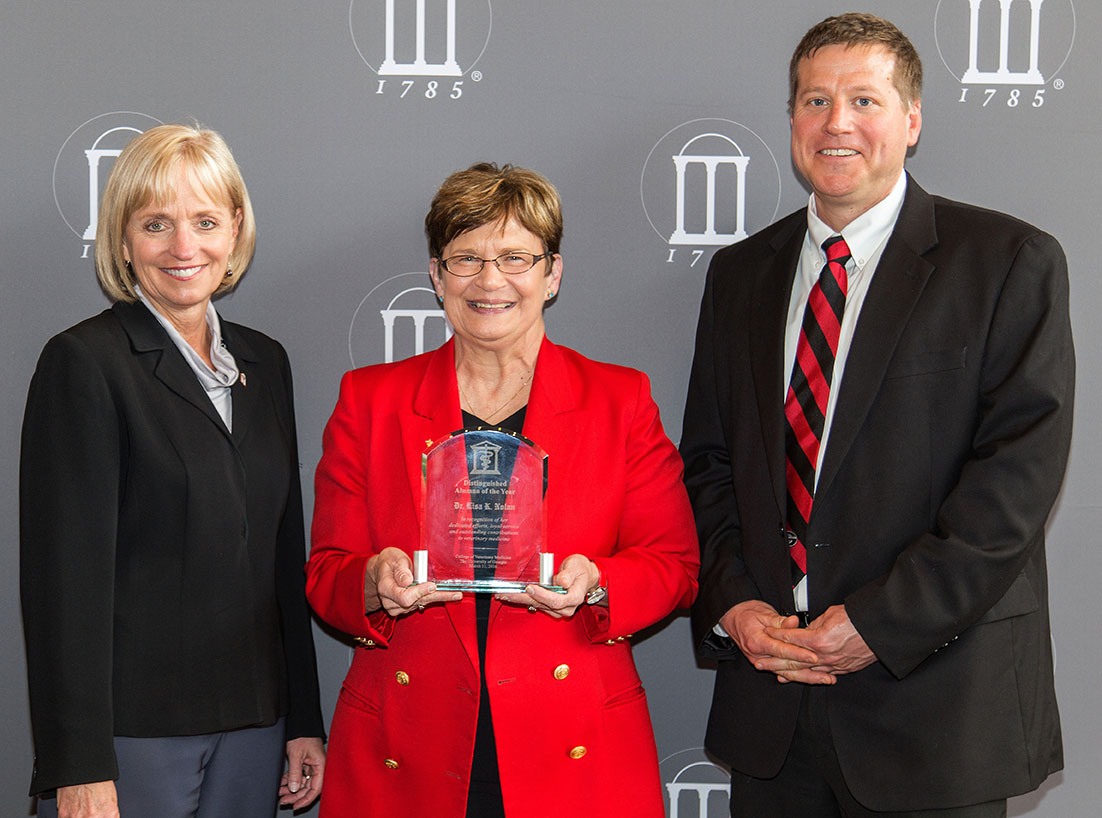