As 2017 comes to an end, here's a look back at what happened last year in the College of Veterinary Medicine. 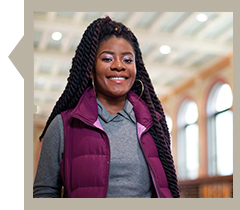 A new semester-long program mentors undergraduate students from underrepresented populations with an interest in toxicology. Coordinated at Iowa State by Dr. Wilson Rumbeiha, the program is funded through a grant from the National Institutes of Health. The program, held in conjunction with Tuskegee Institute and the Ohio State University, links undergraduate students with aptitudes in science and mathematics with professional toxicologists in academia, government and industry. 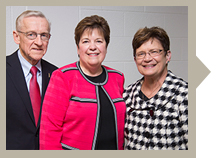 The Dr. Roger and Marilyn Mahr Professorship in One Health was created in the College of Veterinary Medicine. The professorship will further empower Iowa State with visionary leadership to promote and help facilitate innovative multi-disciplinary collaboration that embraces the university’s land grant mission. Other named faculty positions were also created and filled in 2017 including the Tryone D. Artz, MD, Chair for Teaching Excellence in Veterinary Medicine, held by Dr. Amanda Fales-Williams, associate professor of veterinary pathology; the E.A. Benbrook Endowed Chair in Pathology and Parasitology, held by Dr. Richard Martin, distinguished professor in biomedical sciences; and the Roy A. Schultz Professorship in Swine Medicine, held by Dr. Alex Ramirez, associate professor of veterinary diagnostic and production animal medicine.

Dr. Rodger Main, director of the Veterinary Diagnostic Laboratory, was honored with the 2017 Howard Dunne Memorial Award given for proficiency and effectiveness in delivering veterinary services. A month later, Dr. Kent Schwartz, clinical professor in the VDL was named a 2017 Master of the Pork Industry. 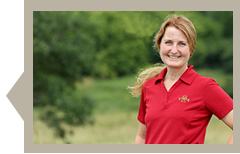 New research conducted by Dr. Richard Martin details new methods for studying a parasitic nematode that sickens millions worldwide, a development that could lead to improved therapies. Martin has developed a means of determining the function of individual genes in Brugia malayi, a parasitic nematode that threatens populations in tropical regions in Africa, South American and Asia.

A new study on the development of an animal welfare curriculum in colleges and schools of veterinary medicine was co-authored by Dr. Suzanne Millman who writes, “To ensure veterinarians are better prepared to provide leadership during public discussions, there is a need to include current and consistent information about factors that affect animals’ welfare and techniques for welfare assessment in the veterinary curriculum.”

More than 15% of DVM students in the College of Veterinary Medicine participated in summer research opportunities including the Summer Scholar Research Program. Other students were involved in multi-week preceptorships including Emma Chalupsky, a VM4 student who spent her summer at the Henry Doorly Zoo in Omaha.

The canine rehabilitation center in the College of Veterinary Medicine offers cutting-edge equipment and expertise to help dogs recover from injury and surgery. ISU veterinary students also benefit from the facility through two-week rotations and volunteer experience. 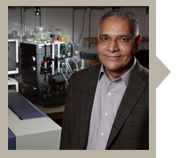 A drug developed by Dr. Ravindra Singh as a potential treatment for spinal muscular atrophy showed promising results in a published study. Singh’s research showed the drug helped to combat the effects of the disease in mice with mild levels of the disorder. 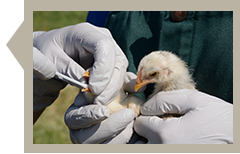 The Center for Food Security and Public Health has received a $1 million federal cooperative agreement to enhance preparedness for future outbreaks of highly pathogenic avian influenza, such as the 2015 crisis that forced U.S. egg and poultry producers to eliminate millions of birds.

The College of Veterinary Medicine hosted an accreditation site visit from the AVMA Council on Education. Site team members spent six days at the college and at the University Nebraska-Lincoln evaluating the DVM program on 11 standards. 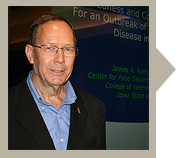