During its Fall Convocation, the College of Veterinary Medicine recognized four faculty members who have been recently appointed to a named faculty position within the college.

Dr. Paul Plummer - Anderson Chair in Veterinary Medicine
In addition to his faculty appointment, Plummer is also the executive director of the National Institute of Antimicrobial Resistance Research and Education. While at Iowa State, Plummer has received research excellence awards from both the college and the university including the Zoetis Distinguished Veterinary Teacher Award. He is board certified in large animal medicine from the American College of Veterinary Internal Medicine and the European College of Small Ruminant Health Management and his research has a significant focus on zoonotic pathogens of livestock, antimicrobial resistance and livestock welfare.

The Anderson Chair is a long-time named faculty position in the College of Veterinary Medicine and has benefitted Plummer’s research and teaching efforts. 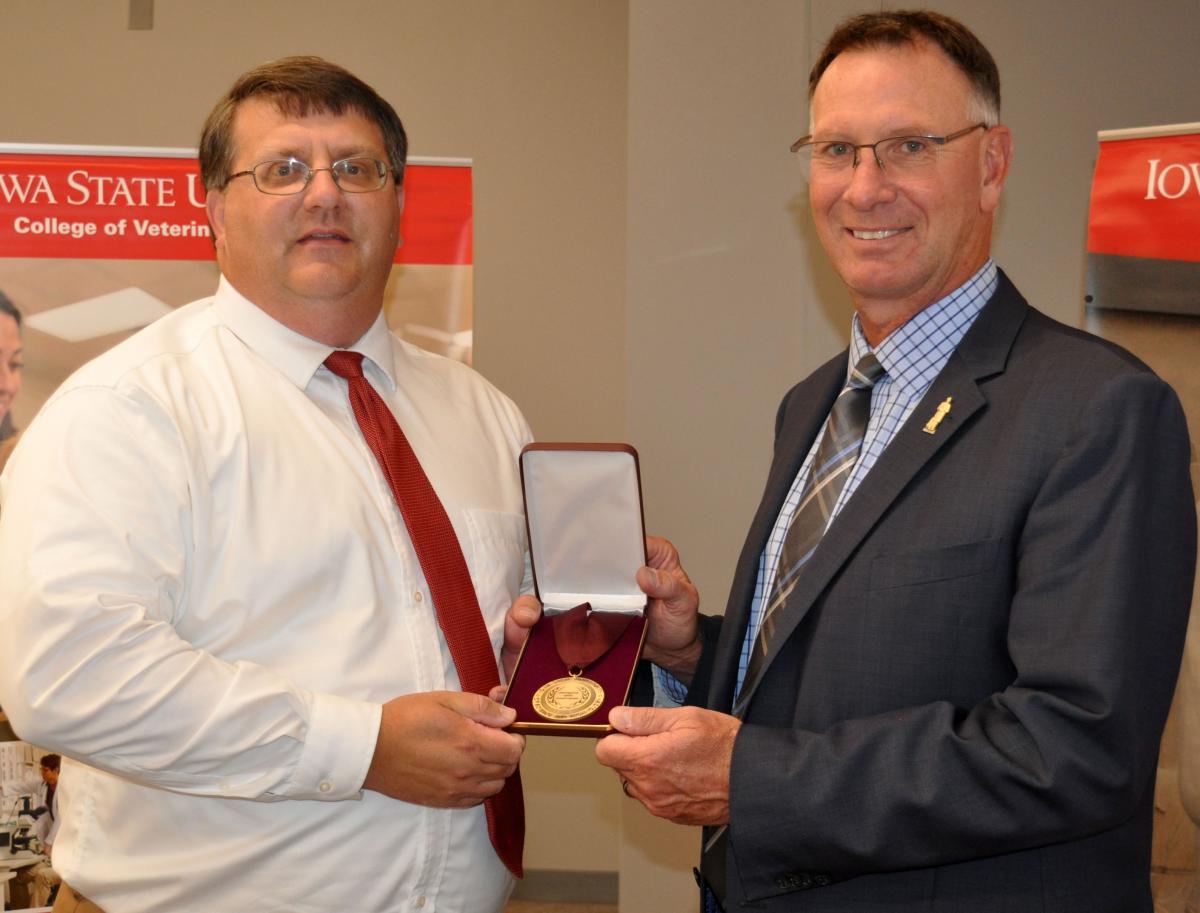 Dr. Jessica Ward - Phyllis M. Clark Professorship in Veterinary Cardiology
Ward is board certified in cardiology and is an award-winning classroom instructor at both the college and university levels including the ISU Award for Early Achievement in Teaching. Over the past few months Ward has also served as the chief medical officer in the Hixson-Lied Small Animal Hospital and is leading an initiative to introduce basic ultrasound training curriculum in the College.

The Clark Professorship was established through the estate of Phyllis Clark, a Des Moines resident who created the endowed fund after her cat received care from the cardiology department at Iowa State.

The Ramsey Chair was established in honor of Dr. Frank Ramsey, who served as the chair of the Department of Pathology from 1957 to 1975. 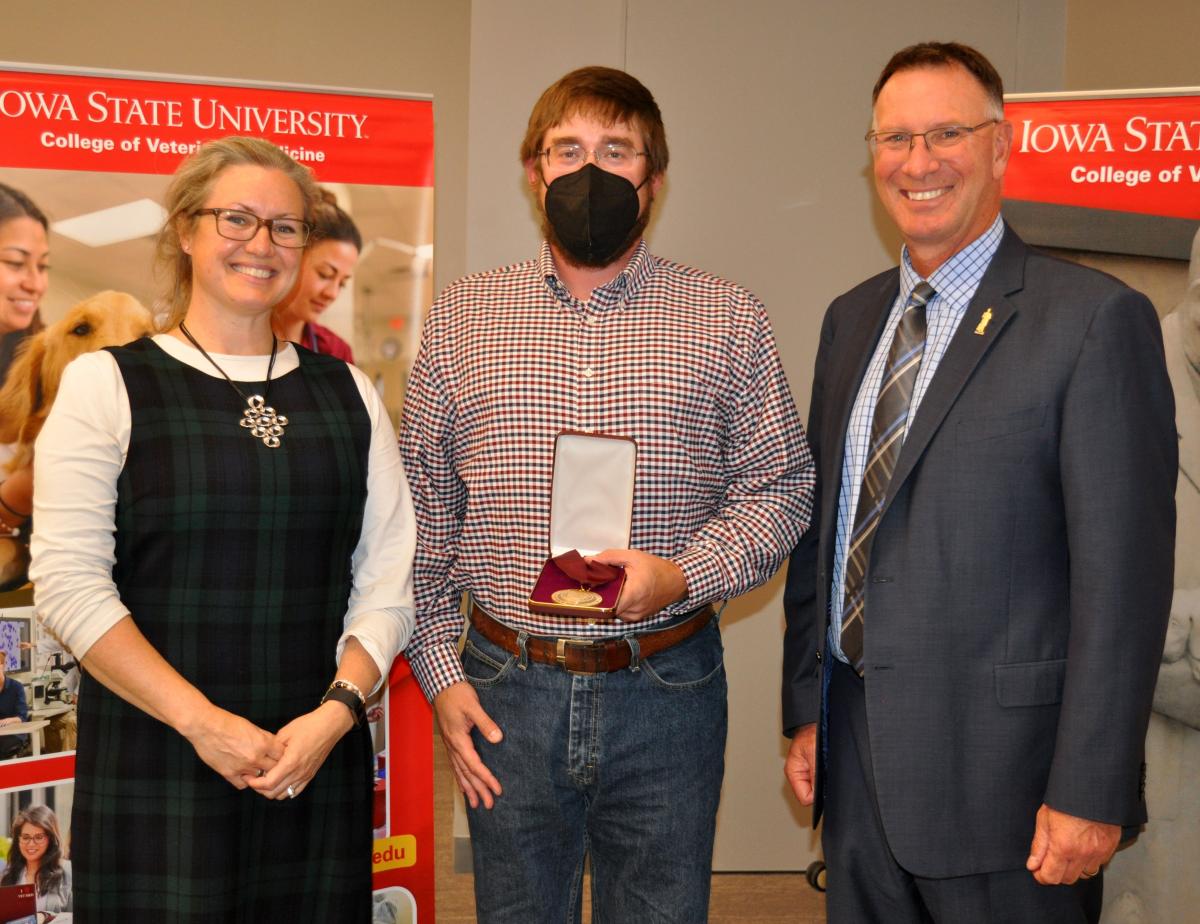 Dr. Jodi McGill - Dr. John G. Salsbury Endowed Chair in Veterinary Medicine
A member of the American Association of Immunologists, McGill is quickly becoming a world expert in regulation of the immune response to infection and vaccination against respiratory diseases in cattle. Her research lab is one of the most productive on campus and has identified important roles for IL-17 in bovine respiratory diseases and the importance of Vitamin A in the mucosal immune response to respiratory syncytial virus in calves.

The Salsbury Chair was established in 1994 by John and Doris Salsbury and has since then consistently recognized outstanding faculty members in the College of Veterinary Medicine for their scholarly activities. The Salsburys made numerous gifts to the College including an annual senior scholarship and provided funds for the replica of the Gentle Doctor statue which stands outside the College’s main entrance. 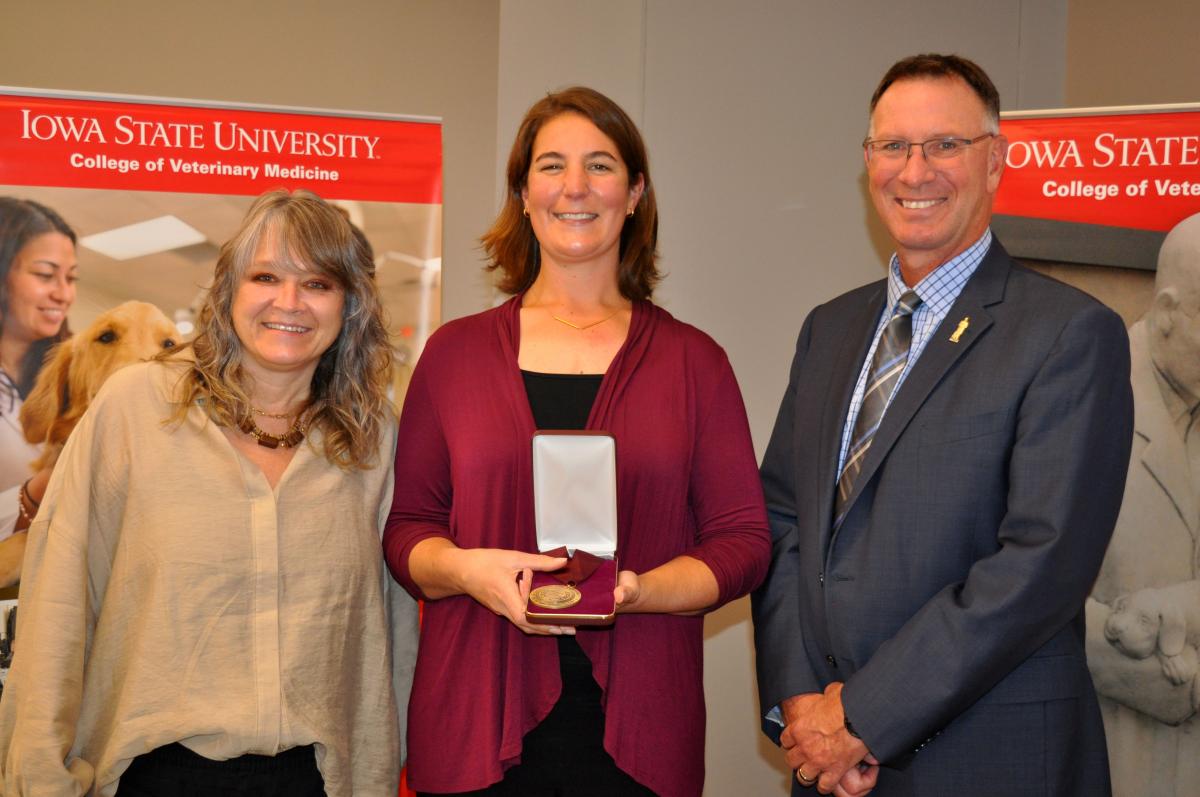