Properly applied, euthanasia by either gunshot or penetrating captive bolt (combined with procedures to ensure death), causes less fear and anxiety and induces a more rapid, painless, and humane death than can be achieved by most other methods. However, both methods may involve human risk, and therefore, require skill and experience. Neither method should be attempted by untrained or inexperienced persons.

In most circumstances on the farm or ranch, gunshot is the only practical method of euthanasia. This procedure requires the selection of an appropriate firearm and bullet with sufficient velocity, energy and size to pass through the skull (enter the brain), and cause massive brain destruction. A .22 caliber long rifle solid point bullet fired from either a pistol or rifle is sufficient for young animals. Hollow or soft point .22 caliber bullets increase brain tissue destruction, but may not penetrate the skull in adult animals and are therefore, not recommended. Euthanasia of bulls and some adult cows, horses, or cervids (elk) by gunshot requires larger caliber firearms, because of thickness of the skull. Proper placement of the bullet is essential and best achieved by holding the firearm within 2 to 3 feet (60 to 90 cm) when possible of the intended target. The muzzle of the firearm should not be held or placed against the head.

Shotguns are an excellent alternative to rifles or handguns for conducting euthanasia procedures. As with rifles and handguns, they must be used at close range, preferably within 1 to 2 yards (1 to 2 meters) of the intended target. Options for mature cattle (including bulls), horses and elk include the 12, 16 and 20 gauge shotgun loaded with slugs or No. 2, 4, or 6 size birdshot. The .410 and 28 gauge shotguns should not be used on larger animals, particularly bulls.

Whereas most animals for which euthanasia by gunshot is indicated are either debilitated or down, opportunity for proper placement of the bullet is less difficult. On the other hand, for animals on their feet and mobile or potentially dangerous, it may be necessary to shoot from a distance. In such cases, the preferred target areas are the head, neck, or lower thorax just behind the elbow. 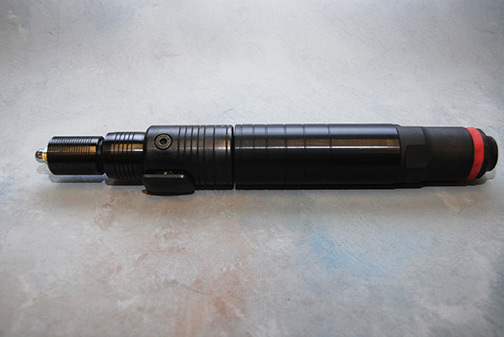 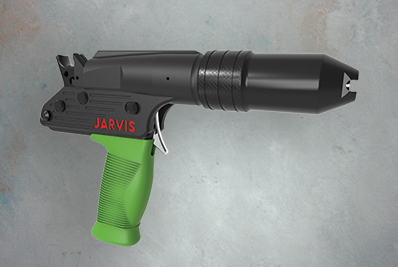 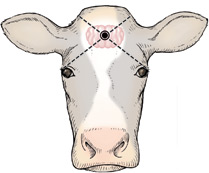 Indications of Unconsciousness
Indications that an animal has been properly stunned (or rendered unconscious) would include the following observations:

At no time should one expect to hear vocalization as this would indicate that the animal is returning to sensibility.

Poor Performance
The most common reasons for poor performance of penetrating captive bolt devices include: